The Independent National Electoral Commission (INEC)
has disclosed that over 14,000 Permanent Voter Cards
(PVCs) have been snatched by hoodlums from its
officials during the collection exercise in Rivers State.
The state Resident Electoral Commissioner (REC), Mrs
Gesila Khan, disclosed this while speaking with
newsmen in Port Harcourt, on Friday.
According to Khan, some of the cards were stolen from
collection centres in some local government areas,
where the PVCs were deposited to enable the owners
have easy access to them.
While it would mean that the owners would be
disenfranchised, Khan expressed no panic, as she noted
that the stolen cards would be useless. The card reader
system would be used to authenticate and verify the
real owner of the PVCs before they are allowed to vote.
Khan also disclosed that her office received 2,990,056
PVCs, out of which 1,869,379 had been distributed to
eligible voters in the state.
She assured that more than 50,000 additional PVCs
would be distributed two weeks before the general
election, adding that over 80 percent of the registered
voters in the state had so far collected their cards.
Khan also assured that the February elections would be
peaceful because of the existing cooperation among
INEC officials, police and other security agencies in the
state.

American top seed Serena Williams won her sixth Australian
Open and 19 th career Grand Slam title on Saturday with a 6- 3 ,
7 – 6 ( 7/ 5 ) victory over Russia ’ s Maria Sharapova.
The triumph means the world number one overtakes 18 – time
major champions Martina Navratilova and Chris Evert to go a
clear second on the all – time Open- era winners ’ list , three
behind Steffi Graf on 22 .
It also extends her staggering decade – long dominance of arch
rival Sharapova , with the world number one posting her 16 th
straight victory over the Russian .
At 33 , she also became the oldest woman to win the title in the
Open – era , taking her tally at Melbourne Park to six titles in six
appearances in the final .
Contesting her 23 rd Slam final , she surpassed Navratilova and
Evert as she chases Graf ’ s Open – era record of 22 . Australia ’ s
Margaret Court , who played many of her match before the Open –
era , has 24 titles .
The first Australian final in a decade to feature the tournament ’ s
top two seeds was a one – sided affair in the first set although
Sharapova rallied to make a contest of it in the second.
An intensely focused Williams outgunned Sharapova, cannoning
down 18 aces , including a 203 kmh ( 166 mph ) thunderbolt and
glaring at her opponent during key moments as Sharapova
struggled to stay in the march.
Sharapova made a disastrous start when she double faulted to
go down a break in the opening game , succumbing to pressure
as Williams aggressively stood inside the baseline and easily
read the Russian ’ s intent .
The American then pounced on a tentative return from Sharapova
in the next game to hold serve after swatting a pin – point
backhand to the corner of the court .
Sharapova , wary of getting into a slugfest with the game ’ s most
powerful hitter , surprised Williams by throwing occasional drop
shots into the mix , successfully holding serve .
Heavy rain interrupted play at 3 – 2, with Williams taking shelter
and towelling down as the roof was closed , while Sharapova sat
courtside then performed warm- up exercises.
Williams emerged briefly but went back inside after suffering a
coughing fit before the match finally resumed after 13 minutes .
The American showed no sign of losing momentum though ,
blasting an ace with her first shot and then capitalising after
Sharapova gave her three break points with another double fault .
Williams committed a double fault of her own to hand Sharapova
a break against the run of play but immediately broke back to
take the set after 47 minutes.
With the final threatening to become a massacre , Sharapova’ s
fighting qualities emerged in the second set , with her serve
improved as she held twice early , jubilantly fist pumping each
time .
She started taking chances attacking Williams ’ serve but the
American simply got herself out of trouble with three aces .
Sharapova battled to a rare break point in the ninth game but hit
her forehand wide after failing to handle the blistering power of
Williams ’ return .
She had to hold serving with Williams up 5 – 4, holding off
championship point with a desperate forehand down the line .
Finally gaining confidence , she held Williams to love in her next
service game to take it to a tie – break.
She managed to fend off another championship at 6 – 5 then
Williams thought she had sealed the win with an ace , giving a
wry grin when the umpire called let .
She slotted home another ace to seal the tournament , waiting for
the umpire ’ s call this time before jumping for joy .

Abuja – The Peoples Democratic Party (PDP) has disowned
former Niger Delta militants, Asari Dokubo and Government
Ekpemupolo, aka Tompolo for threatening war if President
Goodluck Jonathan loses the February 14 presidential
election, reports.
The party was reacting to the statements credited to some ex-
militants that there would be war, or that the country would
break if Jonathan loses the election.
The party reminded the ex- militants that the President
remains the President of all Nigerians irrespective of their
tribe, region and religious believe.

what do you think about her?

The Minister of Finance, Dr Ngozi Okonjo-Iweala, said on Wednesday that 22,000 Nigerian graduates benefited from the Federal Government’s Graduate Internship Programme. This is contained in a statement issued in Abuja by Mr Paul Nwabuikwu, spokesperson to the minister. She said the programme was meant to increase the employability of the graduates

The federal government plans to sell about N192.39 billion ($1.0 bn) in treasury bills with maturities of 3-month and one year at an auction next week as part of measures to curb money supply, the Central Bank of Nigeria (CBN) said on Wednesday.

The naira firmed up on Wednesday after state-oil company NNPC sold around $350 million to lenders, helping the currency recover from a record low against the dollar.   The unit hit 190.28 naira to the dollar in volatile trades at 1100 GMT, firmer than 192.60, a record low at which it opened on Wednesday.

Governor Idris Wada of Kogi, said on Wednesday that the state government will prosecute officials involved in the inflation of WAEC examination fees for final year secondary school students in the state. The governor, who spoke shortly after inspecting work on some projects in Lokoja, said that the officials had inflated the money paid

A major power supply boost is on the way as Total Nigeria Limited an- nounced in Port Harcourt, Rivers State, on Tuesday, its ability to supply gas to the National Integrated Power Plant (NIPP) at Alaoji along the Imo Rivers in Abia State.

The strain of low oil prices will lead to cancellation or suspension of  investments worth $257billion in the oil and gas industry over the next two  years and could create inducements for mergers and acquisitions, according to Wood Mackenzie, a Global oil sector consulting firm.

The Way to Nourish for Life!

“More than one half of an average person’s day is spent being sedentary—sitting, watching television, or working at a computer,” said Dr. David Alter [Senior Scientist, Toronto Rehab, UHN, and Institute for Clinical Evaluative Sciences].

Okay, you may want to stand for this… He goes on to say: 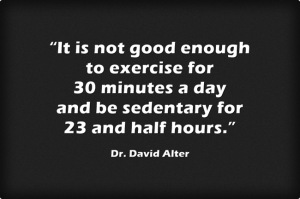 “Our study finds that despite the health-enhancing benefits of physical activity, this alone may not be enough to reduce the risk for disease” [particularly for type 2 diabetes, cardiovascular disease, and cancer].

Yes, these are the research findings recently featured in the news… More motivation for us to take a stand!

The meta-analysis study [which actually reviewed 47 studies focused on sedentary behavior]… found the negative effects of sitting time on health; however, [these effects] are more pronounced among those who do little or no exercise than among those who…

This article discusses the major developments in the history of
programming languages. For a detailed timeline of events, see:
Timeline of programming languages .
Early history
During a nine-month period in 1840-1843, Ada Lovelace
translated the memoir of Italian mathematician Luigi Menabrea
about Charles Babbage ‘s newest proposed machine, the
Analytical Engine . With the article she appended a set of notes
which specified in complete detail a method for calculating
Bernoulli numbers with the Analytical Engine, recognized by
some historians as the world’s first computer program. [1]
Herman Hollerith realized that he could encode information on
punch cards when he observed that train conductors encode the
appearance of the ticket holders on the train tickets using the
position of punched holes on the tickets. Hollerith then encoded
the 1890 census data on punch cards.
The first computer codes were specialized for their applications.
In the first decades of the 20th century, numerical calculations
were based on decimal numbers. Eventually it was realized that
logic could be represented with numbers, not only with words.
For example, Alonzo Church was able to express the lambda
calculus in a formulaic way. The Turing machine was an
abstraction of the operation of a tape-marking machine, for
example, in use at the telephone companies. Turing machines
set the basis for storage of programs as data in the von
Neumann architecture of computers by representing a machine
through a finite number. However, unlike the lambda calculus,
Turing’s code does not serve well as a basis for higher-level
languages—its principal use is in rigorous analyses of
algorithmic complexity.
Like many “firsts” in history, the first modern programming
language is hard to identify. From the start, the restrictions of
the hardware defined the language. Punch cards allowed 80
columns, but some of the columns had to be used for a sorting
number on each card. FORTRAN included some keywords which
were the same as English words, such as “IF”, “GOTO” (go to)
and “CONTINUE”. The use of a magnetic drum for memory
meant that computer programs also had to be interleaved with
the rotations of the drum. Thus the programs were more
hardware-dependent.
To some people, what was the first modern programming
language depends on how much power and human-readability
is required before the status of “programming language” is
granted. Jacquard looms and Charles Babbage’s Difference
Engine both had simple, extremely limited languages for
describing the actions that these machines should perform. One
can even regard the punch holes on a player piano scroll as a
limited domain-specific language , albeit not designed for human
consumption.
First programming languages
In the 1940s, the first recognizably modern electrically powered
computers were created. The limited speed and memory
capacity forced programmers to write hand tuned assembly
language programs. It was eventually realized that programming
in assembly language required a great deal of intellectual effort
and was error-prone.
The first programming languages designed to communicate
instructions to a computer were written in the 1950s. An early
high-level programming language to be designed for a computer
was Plankalkül, developed for the German Z3 by Konrad Zuse
between 1943 and 1945. However, it was not implemented until
1998 and 2000. [2]

John Mauchly ‘s Short Code , proposed in 1949, was one of the
first high-level languages ever developed for an electronic
computer . [3] Unlike machine code , Short Code statements
represented mathematical expressions in understandable form.
However, the program had to be translated into machine code
every time it ran, making the process much slower than running
the equivalent machine code.